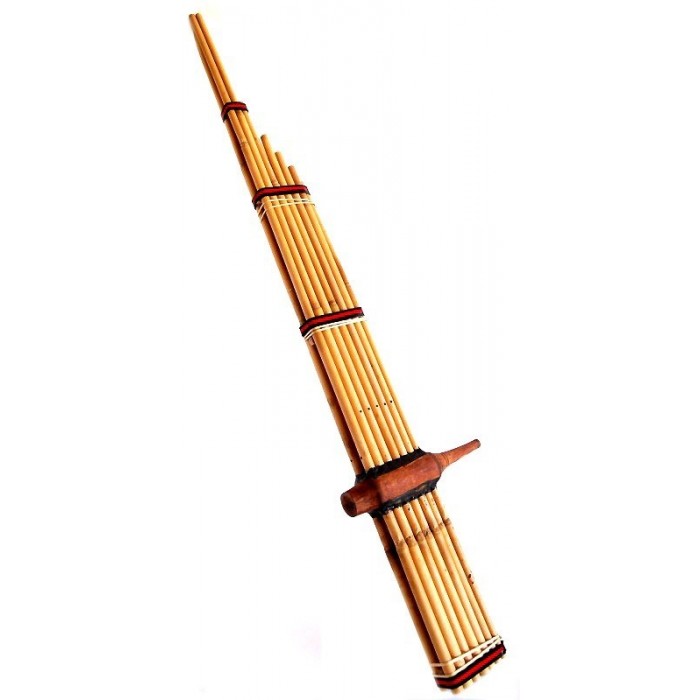 Cane instrument from South-East Asia. Very common in Thailand and Vietnam, where it is known by the name of Ken. It is made of fourteen bamboo pipes, although only thirteen can produce sound while the last one fulfils the merely decorative function of ensuring the instrument symmetry. The actual length affecting the sound produced depends on a hole made on the internal part of each pipe. Being a flexible pipe, it does not produce cracks when it vibrates. It has a wide sound range of almost two octaves, including: A1, C, D, F, G, A, C1, D1, F1, G1. It can be played in two different ways: either breathing in or out. It is usually used to accompany the singing and dancing under the moonlight. At nightfall, young men climb on silts and play it under their loved ones’ balconies to open their hearts. It is also played during work time, on the way to the rice fields. It is very interesting for its harmonics!!! Measures: 77cm x 8cm / 30" x 3"

9 other products in the same category: