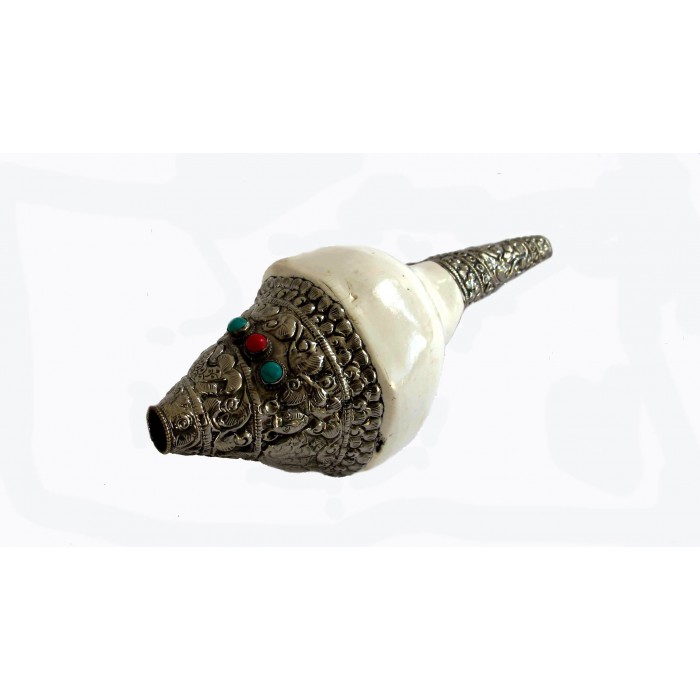 In India and Nepal it is used for thousands of years as a musical instrument.

Hindus believe that God Vishnu holds a Shankha (conch) in one of his four hands, and makes it blow when he kills some demon, as a sign of victory. Its boisterous sound is considered "auspicious" because moves the ghosts away. In the temples of all India shells are used to start and to finish the adoration rituals to murtis. (deities or idols) is blown three consecutive times, each a few seconds duration.

In China they used to ask for a good harvest.

The Aztecs used them in procreation and childbirth.

The Conch symbolize the primal sound, origin of matter and the universe.

13 other products in the same category: